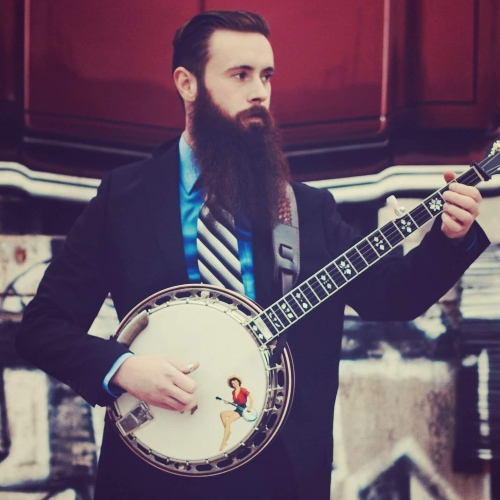 His musical influences include Earl Sruggs, Bela Fleck, and Bill Monroe. He teaches a variety of styles including Bluegrass, Outlaw, Americana, and more using his studies of bluegrass music and Earl Scruggs banjo playing style to influence his students.

Anthony’s start into playing began when his brother started weekly guitar lessons. Each week after the lesson was over, Anthony would make his brother teach him everything he had just learned. When his brother gave up on guitar a few months later Anthony took over his lessons. Shortly thereafter he began taking lessons at The Music Man and now works here.

For lessons with Anthony or to learn more information, contact us today! 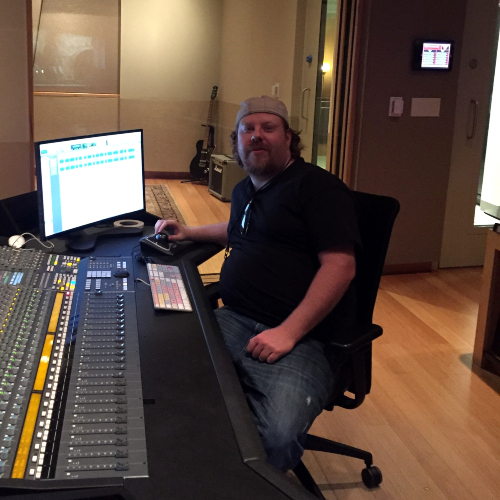 Pete has over 29 years of experience playing a wide range of musical instruments. He has been teaching students for 18 years focusing on Rock, Blues, Country, Jazz, and Music Theory styles. In addition to teaching lessons and playing music with various artists, Pete has built his own recording studio. There he focuses his efforts on the creation of commercial music. Audio Engineering and Production have been his focus in recent years.

Pete’s passion for music began at an early age when he realized he had a good ear. He excelled at playing the trumpet but thought the guitar would be cooler!

He has studied Jazz guitar under Professor Carrier at Wayne State University as well as Audio Recording Technology under Professor Bogure. His studio recording experience was gained under Lamar White and Chris Gooseman of Perfect Balance and Solid Sound Solutions in Ann Arbor, MI.

In the past Pete has played with a number of groups including Soul and the Door (Rock), Duke Dawson Band (Blues/Rock), Sarah Lenore Band (Country), and Lucky 13 (Rock).

For lessons with Pete or to learn more information, contact us today! 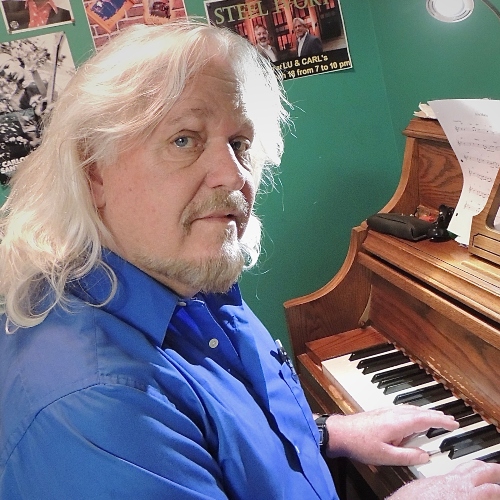 Danny has 50+ years playing a variety of musical instruments and has been offering individual music lessons for over 25 years. He individualizes lessons to his students likes, dislikes, natural abilities, and desire to practice. As a student progresses, Danny uses the music they enjoy in lessons because he believes at the end of the day the most important factor is that they have fun.

Danny has played in concert with Johnny Paycheck and The Ink Spots and has opened for Marshall Tucker and a variety of Country and Irish groups throughout the years. He is currently playing with Dr. Hyde Steel Ivory. Danny got interested in playing musical instruments from his school band.

For lessons with Danny or to learn more information, contact us today! 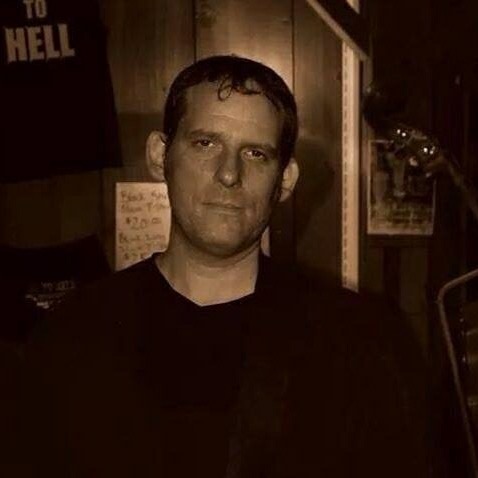 Jack has over 30 years of musical experience with an array of different instruments. He enjoys playing in the Blues, Rock, Country, and Classical musical styles; and has drawn a lot of inspiration over the years from artists like Muddy Waters, Segovia, SRV, The Beatles, and Chuck Berry.

As a music instructor, Jack's passion is to identify where the student's interests lie and guide them in that direction. He finds fulfillment in teaching, especially when the student is having fun while learning.

He currently plays in the band Sauce, and has previously played in several other bands including: Tongue N Groove, The Will Rock Brothers, Buster's Blues Band, and many more.

For lessons with Jack or to learn more information, contact us today! 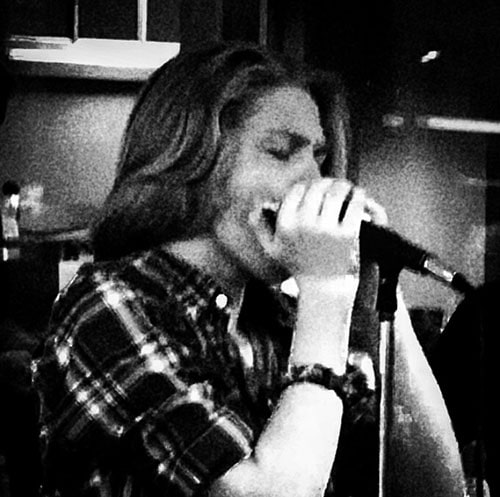 Heavily influenced by Mississippi Delta and Chicago blues, bluegrass, and country, as well as American folk and rock music of the sixties and seventies, Cael Tanner has been playing harmonica for approximately five years. A few of his key influences on the harp include Sonny Terry, Junior Wells, Paul Butterfield, Little Walter, and Larry Adler. Proficient in both acoustic and amplified playing technique, Cael offers lessons in any genre with an emphasis on diatonic blues harp, but knowledge of chromatic and octave harmonicas.

He has jammed with various live groups in festivals and at clubs all across the Detroit Metro Area, as well as with various bands of his own. His studio work can be heard on the album “In Carnations” by his current group The Nightstands, as well as on his eponymous YouTube channel.

For lessons with Cael or to learn more information, contact us today! 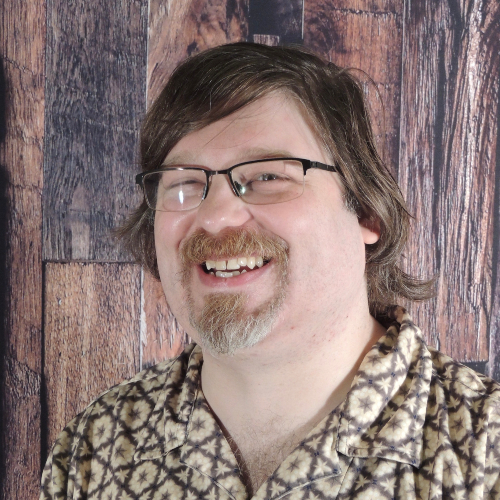 A neighbor got Collin interested in playing music and he has since been unable to put his sticks down. He has been playing for 23+ years and offering music lessons for the past 16+ years.

Collin’s musical influences include Queen, Alice Cooper, Mr. Bungle, Aphex Twin, and Dream Theater. He has played in over 300 shows with three major bands. One band that Collin played with even released a CD. He currently plays with the groups Doctor Hyde and Lilly McPhee.

His teaching approaches starts with music theory through books, as well as ear training so that students are capable of learning songs on their own. Collin offers all styles of music lessons but enjoys Rock, Rap, and Country.

For lessons with Collin or to learn more information, contact us today! 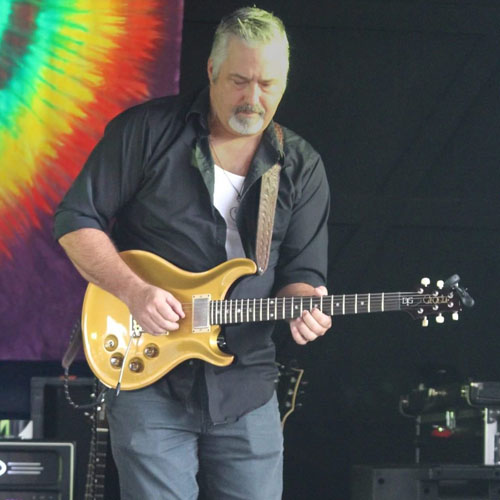 Bill has been playing for 30+ years and has been offering music lessons for 20+ years now. He got started playing the guitar after watching his cousin’s boyfriend play the guitar when he was a young boy.

He currently plays with Dr. Hyde and Bandura Gypsies. His past experience includes playing with Octavia, Doghouse, Mr. Hyde, and the Washtenaw Community College Jazz Combo.

Bill teaches Rock, Blues, and Jazz and uses George Benson, Rick Emmett, Santana, and SRV to influence his music. Through repetition of musical phrases, basic music theory, and understanding the patterns of the fretboard in different ways. He like to help understand the why and not just the how involved in playing musical instruments.

For lessons with Bill or to learn more information, contact us today! 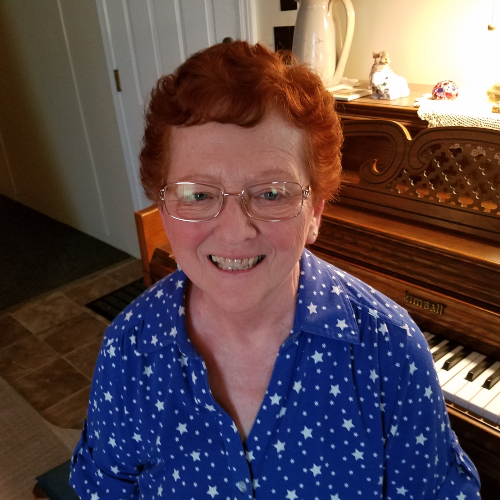 Kathie began playing the piano in second grade and has been playing both publicly and professionally since she was 12 years old.

Her teaching approach includes the use of a "systematic curriculum" to ensure timely progression, in addition to an emphasis on reading music, music theory, and counting. She also teaches improvisation and accompaniment skills. Kathie enjoys discovering each student's favorite style of music and incorporating it into the weekly lesson.

She is currently a solo player and an ensemble accompanist, with experience playing with The Michigan Concert Choir, Sonlife, and Gratiot Church as an Organist and a Pianist. As an accompanist, Kathie has performed with St. Andrews Church, Highland Church, Dexter Players, and Whitmore Lake High School Musicals.

For lessons with Kathie or to learn more information, contact us today! 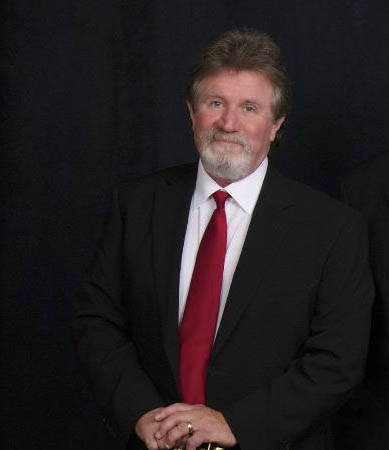 Jack started playing an old Gibson acoustic guitar that his family had around the house. The guitar had belonged to his aunt and she was kind enough to loan it to him and then GAVE it to him – He still has it!

With over 50+ years of playing experience Jack has experience in groups such as 3+3, Streetnoise, Sundance, Joyroad, Fancy Colors, First Class, Shooting Star, Joe’s Girls, Twos Company, and more. He has worked as a sideman and bandleader for all 50+ years and is a former member of the Detroit Federation of Musicians (Local 5) and the Ann Arbor Federation of Musicians (Local 625). Bill has taught music for 40+ years including Rock, Folk, Country, Finger style, Blues, and Standards. He has played at the Carnaby Street Pop Festival with such artists as The Velvet Underground, The Yardbirds, Sam the Sham and The Pharohs, and The Blues Magoos. In the 80s and 90s Jack and his bands did a lot of concert jobs warming up such artists as Leroy Parnell, Pam Tillis, The Kentucky Headhunters, Suzy Boggus and Highway 101.

For lessons with Jack or to learn more information, contact us today! 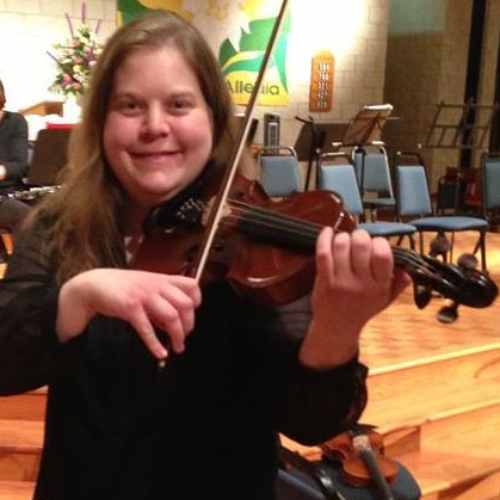 Jennifer has been playing the violin for 35 years, teaching for the past 23 years.

She teaches a variety of music styles and genres. Her teaching approach is flexible, depending on the needs of each individual student. She doesn’t have just one musical influence and enjoys all genres!

For lessons with Jennifer or to learn more information, contact us today! 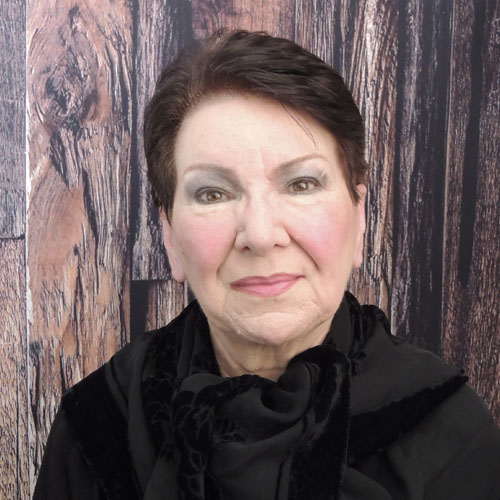 For lessons with Susan or to learn more information, contact us today!

Contact Us Today to Inquire About Lessons with Our Talented Instructors 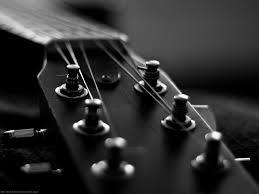